Starting on Tuesday, September 9th., we instituted a weekly figure drawing session in partnership with the Jerry's International Palette Shop!

The event is called Jerry's Draw-mania! and occurs every Tuesday, from 9-11pm. It's a fun, relaxed figure sketching session featuring one great model, for ONLY $5!!
Jerry's International Palette Shop is a great new art store in NYC at 111 Fourth Avenue (site of the original Utrecht Art store, for you old-timers). Jerry's offers a full range of art supplies, but it has a particularly full range of products for painters. More tubes of paint than you've ever seen in one place, I recon! They are the first New York outpost of the popular Jerry's Artarama chain. They also offer a number of exciting events and workshops in their store after hours. See their site for details: http://jerryspaletteshop.com/ 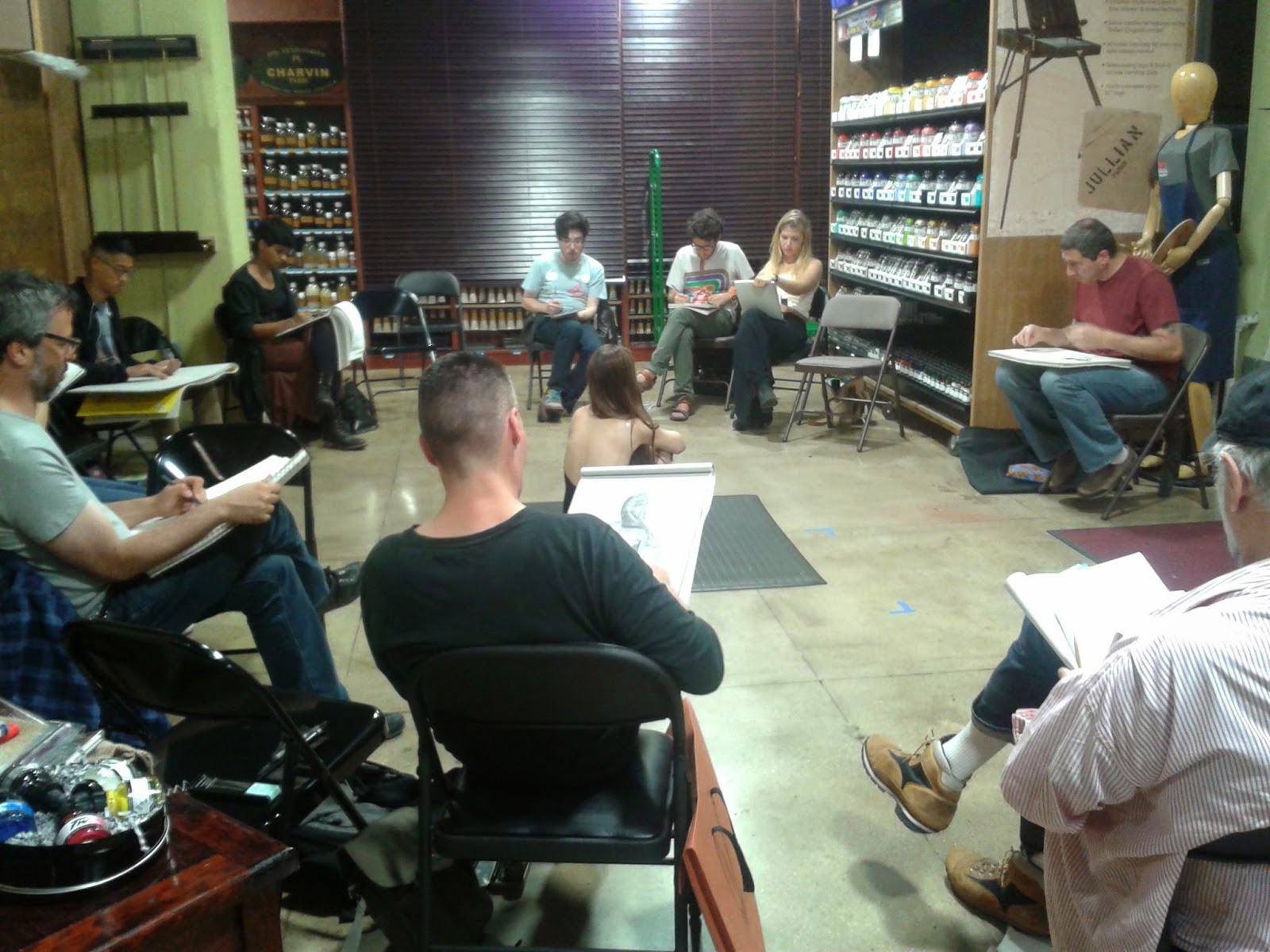 First off, my apologies for not updating the blog more often. Not to sound corny, but with all the stuff we've had going on this year, I just wasn't able to devote the time to it.

"So, Jeff, what's been going on with the group?"
Out top story is that after several years offering Draw-mania! on the last Monday of each month, we've moved up to the THIRD THURSDAY of each month. This should make it a little easier for a lot of people who just couldn't free up Monday night.
Otherwise, it's still the same exciting Draw-mania! you've relied on for your creative needs. We'll still have a bunch of outstanding Figure models, both male and female, some familiar faces and some new ones. We still have Mike Ogletree for our DJ, offering an eclectic mix of tunes spanning all genres. We'll still be presenting live performances from some of the newest talent in New York City. And we're still in NYC's coolest rock and roll tiki bar! and the price is still the same--a mere $15 smackers for the whole kaboodle!
And did I mention the tiki drinks? If you haven't been to Otto's yet, you might not know they offer some of the best tiki cocktails and affordable beers! Imbibing is optional, of course, but if you are buying, they're there for you! 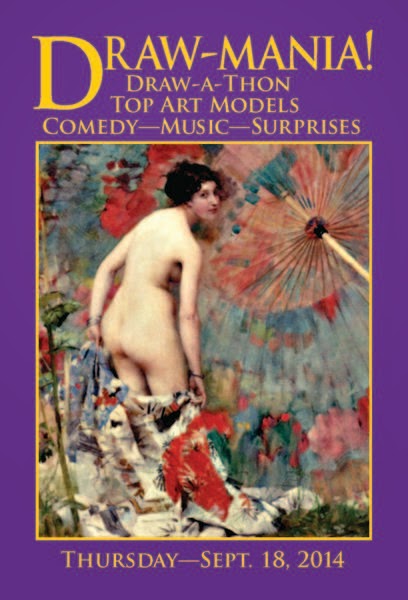